Guarana Vs Caffeine. I say both! 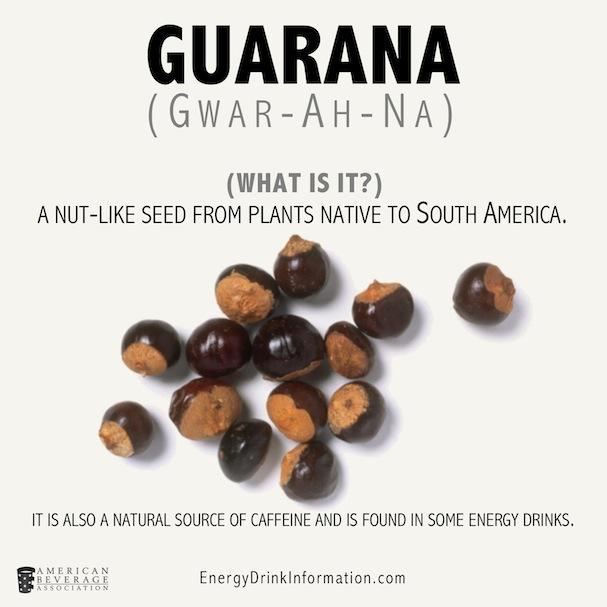 If you are taking Absolute Fuel Xtreme and notice you feel smarter and in a better mood it’s not you imagination. Studies show that the Ingredient Guarana improves cognitive function and mood. Other supplements just overload you with caffeine. Absfuel Xtreme uses a lower dose of caffeine and combines it with Guarana . Read on to see why. Then proceed to Amazon and pick up a bottle or two.

Guarana is an herbal stimulant that contains a form of caffeine called guaranine, which is 2.5 times stronger than the caffeine found in coffee, tea and soft drinks. What makes guaranine unique from caffeine found in beverages is its slower release. That’s because the guarana seed is fatty (even in powder form) and is not readily water-soluble. Therefore the body does not quickly absorb it.

Since the guaranine is released slowly, the energy boost that is experienced from guarana is not like that of coffee with its sudden rush and quick drop-off. Rather, it continues to escalate over hours.

While caffeine from beverages provides a short-lived energy burst that overheats and excites the body, guaranine has a cooling action that revitalizes and relaxes. This is because guarana contains other components that modify the activity of this substance. The end result is more beneficial to the body than tea or coffee.

Caffeine accelerates the effectiveness of CLA, thus making CLA a more potent fat burner. Guarana has been shown to stimulate the migration of lipids so fat can be burned as energy. It is also an appetite suppressant.

Guarana aids in a temporary, natural increase in body temperature and metabolic thermogenesis through nutritional stimulation of the body’s ß receptor pathway, which can induce the breakdown and release of stored body fat, thereby allowing stored fats to be turned into energy.
Thermogenesis refers to the body’s production of heat, a normal part of metabolic processes. Thermogenesis can be enhanced by certain nutritional substances. When stimulated through appropriate dietary supplementation, thermogenesis is also a mechanism that increases metabolic rate. Stored body fat, if released and available for use, can provide the fuel for this increased metabolic rate. Other active constituents of guarana are theobromine and theophylline, which are called xanthines (a class of thermogenic substances found in coffee, tea and certain beans). They have some effect on increasing metabolic rate, suppressing appetite and enhancing both physical and mental performance. They also act as muscle relaxants and possess diuretic properties.

Guarana increases mental alertness, fights fatigue, and increases stamina and physical endurance. Native to Brazil, guarana is taken daily as a health tonic by millions of Brazilians. It is reported to help overcome heat fatigue, detoxify the blood and is useful for flatulence and obesity. In body care products, it has been used for its tonifying and astringent properties, and in the treatment of cellulite.